LET'S SEE IF WE CAN GIVE DONALD THE WHEREWITHAL TO HEAT HIMSELF A PAN OF SOUP. 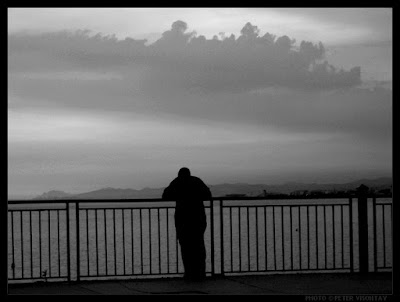 At First Base we are all well enough accustomed to spending time with people whose lives are in a pretty bad place. Of course we are. After all, it's what we do. When your life is tip top, you don't tend to need emergency food. Instead you go to a shop and buy what you need. What takes your fancy. And this of course is the world most of us live in breathe in. In the UK, we are the 59 million. We are the ones with the wherewithal to fill up a Tesco basket and pay for it. The other million? Well they come to likes of First Base for their daily bread and each and every one of them brings along their very own a back story. Their reason. Their set of circumstances.

Are these sob stories or stories to make you sob? I guess that tends to be down to which newspaper you choose to read with the morning coffee. If you read the Daily Mail, you'll no doubt reckon these pathetic excuses for humanity need a good old boot up their over large backsides. A short sharp shock. A wake up call. Get a job. Get a life. Get over it. Grow up. Man up.

Realistically, if you feel that way about the undeserving poor I guess it is pretty unlikely you'll be taking time out of your busy schedule to read this blog. Most of the people who land up on this page of mine tend to share the view that the way so many people have been treated since the Great Crash pretty well sucks.

Whatever. Thankfully I'm not a guy who is chasing votes. What I write here can be taken of left, and if the Daily Mail brigade choose to leave it then it's no skin of my nose.

Is Donald really called Donald? Of course he isn't. So why Donald? No prizes for guessing the answer!

So what's the thing about Donald? What sets him apart? What compels me to spend some time laying out his story for the online world to take a look at?

I guess it is the fact that everything about the way Donald is being treated is just so plain wrong. So unnecessary. So vicious.

I first met Donald the other day. The bell over the door announced his arrival and when I reached counter in reception I saw regular looking guy in his mid forties. He was dressed for a job interview. Smart clothes, brushed hair and fearful eyes. When he said “Hello”, his voice was small. Nervous. Worried about getting stuff wrong.

I gave him my 'Don't worry mate, you're alright here' smile and in return he smiled back. A small smile. But a smile.

He handed over his piece of A4 paper which I duly scrutinised. It was from Citizen's Advice and whoever had written it had taken the time to make the story as full as possible. They were worried about this one. Determined to see him right.

Name. Address. Need for a 'Non Cooking' parcel. Background. Donald has been sanctioned. He doesn't know why. Neither do we. They haven't told him yet. All the paperwork says it that it will be 86 days before he sees any money.

"You don't know why they sanctioned you mate?”

A frown. A shake of the head. A look of confusion. Regret. The small voice again.

“No. They said they would send me a letter.”

“It says you need a non-cooking parcel. Have you no power?”

We talked but I did most of the talking. Donald was more focused on being polite. I explained what the piece of paper he had brought to us actually meant. I explained there was no need for him to keep going into Citizen's Advice for a food parcel referral. Why? Because the piece of paper he had handed me covered him for 86 days. OK? You can come in twice a week for the next 86 days. OK?

But it wasn't OK. It took me ten minutes to explain something which was actually fairly simple. All the while Donald's face was creased in concentration as he tried to absorb what I was telling him. And by the time I went through it for the third time I knew Donald was a guy with reasonably severe learning difficulties. And the penny dropped.

What an easy mark he must have been for the person on the other side of the desk. Now Donald we need you to spend a minimum of 35 hours a week online and we need you to complete at least eight application forms and even if the job is shelf stacking in Aidrie you still need to complete the form because Aidrie is within 90 minutes commuting time.....

They might as well have talked to him in Mandarin. They had seen through the smart attire and polite face and they had set the bar a mile higher than Donald could even have dreamed of reaching. Donald had been correctly identified as low hanging fruit and they had duly picked him. Picked him off.

'Like flies to wanton boys, they kill us for their sport.'

So sayeth Mr Shakespeare. And you know what Will? They're still doing it. After all these years. Every single lousy day.

It doesn't have to be like this of course. A Job Centre is allowed to see the likes of Donald for what they are. They are allowed to identify their weaknesses and to work around them. I am stone cold certain Donald would absolutely love a job. He would turn up on time every day looking as smart as paint and he would be polite to absolutely everyone he met. But it would have to be the right kind of job. A job where the bar was low enough enough for him. And fair enough there aren't so many of those jobs to be found. But there are a few. And the Job Centre could have done their level best to help the lad out. They could have made sure he had enough to get by on whilst they helped him to look.

But they didn't. Instead they chose to see him as easy meat. A soft touch. A way to hit their 'three a week' target. Yeah, the one they deny exists even though endless whistleblowers have leaked endless documents proving its godforsaken reality.

When the penny finally dropped, Donald's small smile grew a little. He nodded with appreciation. He told me he was pleased he didn't need to go into Citizen's Advice twice a week. The last time he had been in he had waited for three hours even though he had arrived dead on nine o'clock.

When he had gone I asked Lesley and Iain if they had seen Donald before. They had. Lots. This was his third sanction in the last two years. And yes, they agreed that he was a bit slow. An easy mark. A soft target. They told me how he is trying really hard to find a place to volunteer because it means a chance to get warm. A chance to spend some time in a heated room with the lights on. Because it is hard to get through twenty four hours when there is no light and no heat. Especially in December. And especially when you need to get through the same cold, dark 24 hours 86 times.

Well the world isn't great right now. Watching the news just makes you want to find a cave to hide in. And of course most of what is going down is completely overwhelming. It's all too big to get the head around. But I figure here is a relatively small problem which can actually be solved. At least I hope it can. For here we have one regular guy who is being treated appallingly. Unacceptably. Donald doesn't deserve this. He is a nice guy who just isn't wired right for the brutality of 2016. He is the victim of the vicious hatred we see peddled every day on the front pages of the tabloid press and the pathetic politicians who pander to those same pages. He has become the perfect victim and it is just plain wrong.

So what can be done? What can you do?

You can do this if you like. You can hover you mouse over the link below and then you can click. The click will take you to a JustGiving page I have just set up. Donald has 80 days of sanction to serve out. Donald has found a way to get by on £2 a day's worth of electricity. So Donald needs £160 to get the lights and the heaters back on and to keep them on until the end of February. And so we arrive at the doors of some basic maths. If 80 readers of this blog chip in two quid each, then Donald can sit in the light and cook his food and watch a bit of TV.

We are all just little people. We can't fix the big problems of the world. We can't make Aleppo whole again. We can't un-elect Trump. We can't re-freeze the Arctic.

But we can put Donald's lights back on until the end of February. We can warm his bones. We can give him the wherewithal to heat a pan of soup. We can make his life just that little bit more liveable.

So I have set the bar at £160. It doesn't seem like much and I guess it isn't much. Maybe this will work, maybe it won't. All you can do is ask the question and hope for the best.

So just in case you missed it the first time around, the link is here.

www.justgiving.com/fundraising/Mark-Frankland1
Posted by Mark Frankland at 4:56 AM