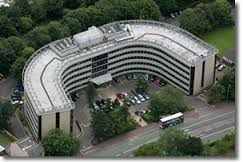 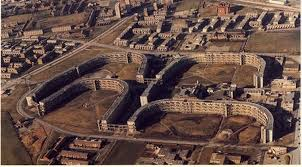 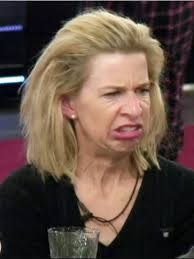 I think it would be all but impossible for anyone to argue that Katie Hopkins is anything other than a truly hideous human being. Maybe the best way to kick off this particular blog is to quote what the dreadful woman had to say last week about the hundreds of desperate souls who have recently perished in the Mediterranean Sea.

Hopkins wrote in the Sun on Friday: “No, I don’t care. Show me pictures of coffins, show me bodies floating in water, play violins and show me skinny people looking sad. I still don’t care.
“Because in the next minute you’ll show me pictures of aggressive young men at Calais, spreading like norovirus on a cruise ship … These two populations are the same. The migrants harassing Brit truckers at the port are the same as the vagrants making the perilous trip across the Med.”
Headlined “Rescue boats? I’d use gunships to stop migrants”, Hopkins said: “What we need are gunships sending these boats back to their own country. You want to make a better life for yourself? Then you had better get creative in Northern Africa.”

She added: “Make no mistake, these migrants are like cockroaches. They might look a bit ‘Bob Geldof’s Ethiopia circa 1984’, but they are built to survive a nuclear bomb. They are survivors.”

She really manages to dredge the bottom levels of disgusting, right? But that of course is the whole point. Being an appalling human being is the Katie Hopkins business model. She has become one of the highest evolved creatures of our ghastly celebrity obsessed world.

So where did she come from? What particular suburban rock did she crawl out from under? Well that’s a no brainer. She came from the same place that spawns almost all of these famous for being famous people: Reality TV.

Katie Hopkins was an ‘Apprentice’ contestant. She threw her class prejudice down on the table and invited barrow boy Alan Sugar to lock horns. He did. Of course he did. Good tele, innit? Duh. The tabloids lapped it up and eventually, when the producers had squeezed out every last drop of fun and games, she was duly fired.

The nation cheered as the wicked witch of Surbiton was dispatched back to leafy obscurity like a modern day pantomime villain. But of course that was never about to happen. Katie had no intention of securing a job under the wing of Lord Sugar. She had much bigger fish to fry. She used every second of her prime time TV exposure to establish herself on the yearned for celeb list.

She duly became a somebody. A truly loathsome somebody, but a somebody all the same. She got her number on the list of 'go-to' people for outrageous comment. Soon she was a regular darling of both the tabloid press and daytime TV. Get Katie on. She’ll get the audience booing.

Sharks need to constantly feed or they will die. The same rules apply to Katie Hopkins. To maintain her status, she has to constantly outdo herself. Every day in every way she needs to become more appalling. There will be no place on the daytime TV couch for a nice, cuddly Katie. I guess she must lie awake at night plotting her course. How to deeper plumb the depths whilst staying clear of the courtroom. How to pander to the basest instincts. How to turn being ghastly into cold hard cash.

Is it OK for her to say what she says? Of course it is. We had the Charlie Hebdo debate a couple of months ago and there was an overwhelming agreement that the likes of Katie Hopkins should be free to spit out their filth without fear of being arrested and sent to a Gulag.

What isn’t OK is the platform she has been given. The right and proper place for pond-life like Katie Hopkins is Hyde Park Corner. She should be made more than welcome to turn up with her milk crate to spout her vicious poison. And of course it would take mere seconds for the listening passers by to write her off as a nasty racist and send her packing with a torrent of abuse.

Free speech is exactly what the likes of Katie Hopkins should be allowed. What is a bloody disgrace is that they are offered paid for speech. Over recent years hundreds of thousands of people all over the world have chosen to do exactly what I am doing now. It is called blogging. It is taking the opportunity to enjoy the rights of free speech to express an opinion. Social media offers the reader a million portholes on a million opinions. Some are thoughtful whilst others are downright nasty. Views and opinions. Thoughts and musings. Left and right. Religious and secular. Young and old. It is a vast online Tower of Babel. In many ways this explosion of thought and opinion can be seen as a new Enlightenment.

And of course just about all of it is free at the point of delivery. The great victims of this surge in online opinion have been professional journalists. The last decade has seen journalists go the same way as the coal miners and shipbuilders went in the 1980’s. Very, very few are now lucky enough to be paid for offering up their thoughts and opinions. Bloggers don’t tend to blog for cash. Fat chance!

This makes it all the more disgusting that the Sun chooses to pay Katie Hopkins to preach her carefully choreographed hate. They do it with calculator in hand. They of course have their own carefully constructed business model. Lay some cash on someone who has a track record of saying things the vast majority of people will find appalling. Create a huge backlash which of course will generate traffic and publicity. The they adjust their advertising rates accordingly. Upwards.

We can hate the Sun as much as we like, and Christ knows as a Hillsborough survivor I hate them more than most, but it is still the best selling paper in the UK. What does that say about us? Nothing good. On a daily basis they find new ways to turn the prejudice and hatreds in the darker corners of our minds into cold, hard cash. They seek out and recruit dreadful people like Katie Hopkins to produce poisonous column inches just like the Gestapo once sought out murderous psychopaths to run Auschwitz and Treblinka.

They feed on the dark side of our natures. And in doing so they deliver Rupert Murdoch his bottom line. There is clearly money to be made out of hate. And by printing Katie Hopkins words last week, the Sun once again proved that there are more or less no depths it is not willing to plumb so long as there is a bob or two to be made out of it.

Twenty six years ago the Sun newspaper accused me to picking the pockets of corpses on the pitch of Sheffield’s Hillsborough stadium. They accused me of urinating on corpses. Well. Not me personally. Me as a football fan. A Liverpool fan. A northerner. Twenty six later and they are still at it.

Happily, even after twenty six years News International is still unable to sell a copy of the Sun anywhere on Merseyside. I doubt if that situation will have changed 26 years from now. And this of course is the answer to the kind of hatred the likes of Katie Hopkins and the Sun like to peddle. Don’t buy it. Not now. Not ever. Not for any price. Make sure that the only platform for Kate Hopkins will ever have to preach her bile is a pavement at Hyde Park corner.

Of course she should be allowed to say what she likes. But she should never, ever be paid for it.
Posted by Mark Frankland at 10:16 PM 1 comment:

COME ON NICOLA, DON'T LET THESE DREADFUL BETTER TOGETHER PEOPLE BACK YOU UP. WILL THERE BE ANOTHER REFERENDUM? OF COURSE THERE WILL. AND ONE DAY WE'LL WIN. 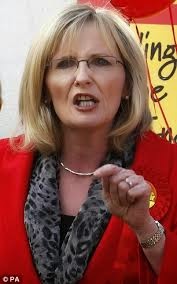 SURELY THIS MUST HAVE REACHED THE DRUG BARON IN CHARGE!!! 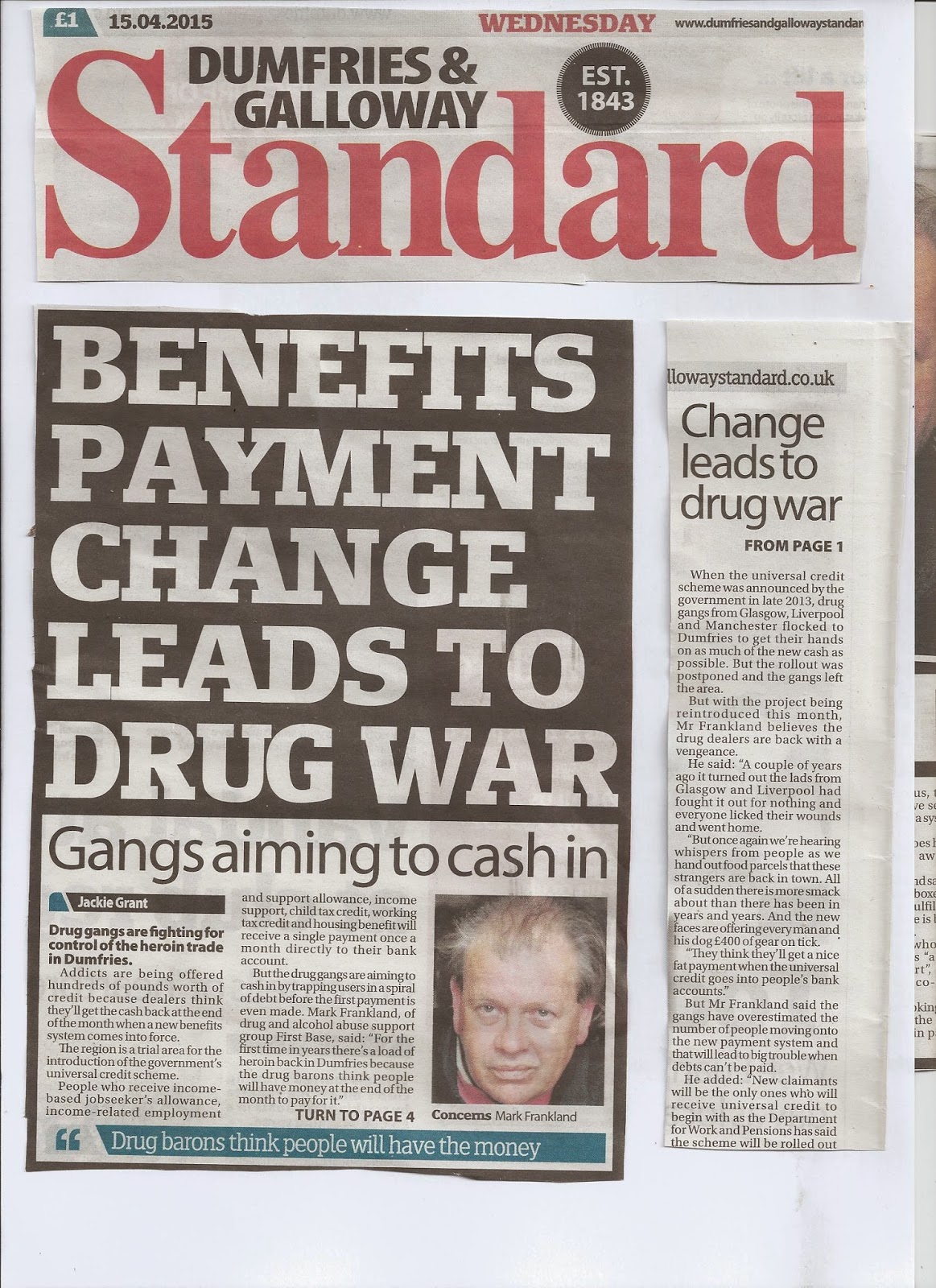 A couple of days ago I wrote a blog which I very much hoped would be a message in a bottle to float downstream through the ether until it found its way to exactly the right Drug Baron. Our local paper 'The Dumfries Standard' and the BBC both picked up on the story and ran with it. The result is the front page article you can see at the top of this blog. Surely the message must have landed by now! It is truly heartening when the local media is so willing to help out when this kind of vital information needs to be fed out into the community. So many, many thanks to Debbie and Jackie for your efforts. This is the kind of thing that can get dangerously close to giving newspapers a good name!
Posted by Mark Frankland at 5:46 AM 1 comment: 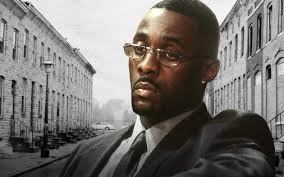 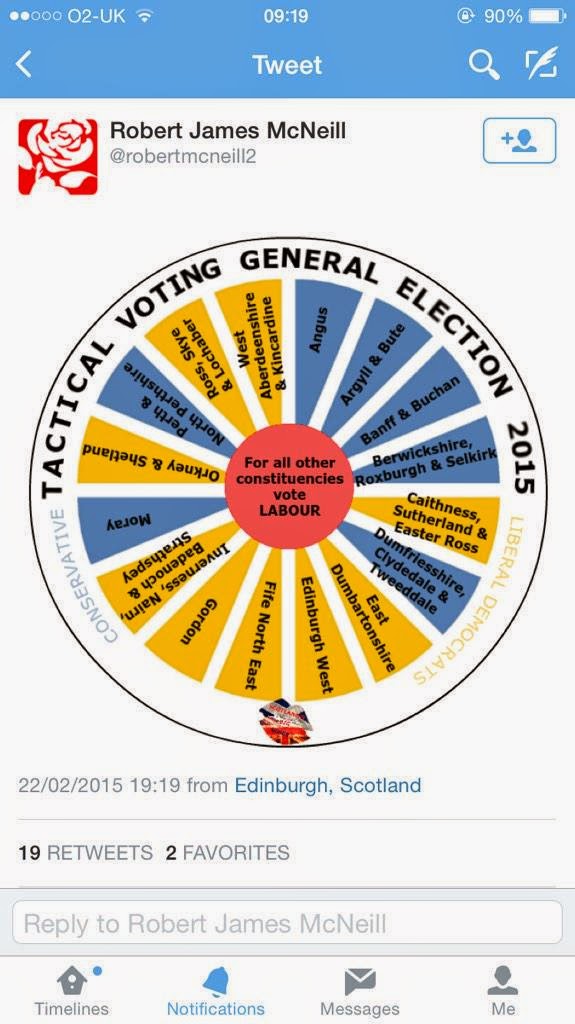 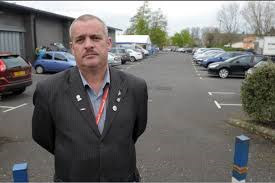 Posted by Mark Frankland at 1:06 AM 2 comments: 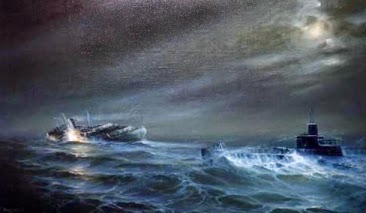