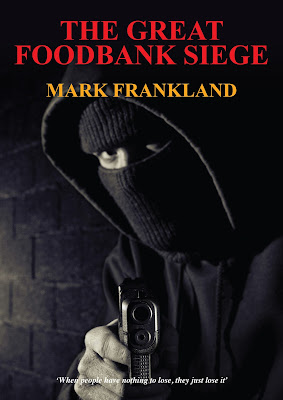 ‘The Great Foodbank Siege’ is now available to buy in the Kindle Store for the princely sum of £3.
Once Amazon and the Vat Man have taken their respective slices of the cake, £2 from every sale will help The First Base Agency Foodbank to keep our heads above water.
So.
What do you need to do to get yourself a copy?
Easy
Just click on this link.
http://goo.gl/hHJxoV

And then we need lots and lots of people to tell their pals to do the same.
And then by hook or by crook, our doors will continue to open every day and twenty or so people will get something to eat.
It really, really shouldn’t be this way.
But it is.
It’s Great Britain 2015 and it’s a hard place to be.
I guess that is about all I have to say.
I hope you’ll help us out.
Posted by Mark Frankland at 11:27 AM